You Are Beautiful and You Are Alone

The Biography of Nico 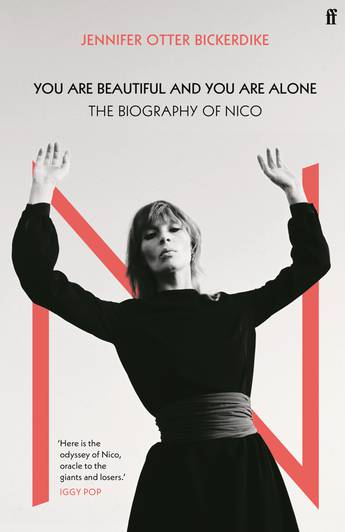 A redemptive, myth-shattering biography of one of the twentieth century's most underestimated creative and artistic forces.

'What I have in common with Nico is the understanding of her furious frustration at not being recognised.' - Marianne Faithfull

Over the course of her life, Nico was an ever-evolving myth, an enigma that escaped definition. Though she is remembered for contributions to The Velvet Underground & Nico, her artistry and influence are often overlooked, whilst fellow Velvets Lou Reed and John Cale are hailed as icons.

Defying the sexist casting of Nico's life as the tragedy of a beautiful woman losing her looks, youth and fame, You Are Beautiful and You Are Alone cements her legacy as one of the most vital artists of her time, inspiring a generation of luminaries including Henry Rollins, Bjork, Morrissey and Iggy Pop.

Containing over a hundred new interviews and rare archival material, this is the Nico biography we have been waiting for.
More books by this author

Dr. Jennifer Otter Bickerdike is a cultural historian and author, working across music heritage and fandom in broadcast and academia. She has appeared on BBC Radio 6, BBC 4, Channel 4 and ITV, and has written for the Guardian. She is the author of several books regarding fan culture. Her previous book was the bestselling Why Vinyl Matters. Originally from Santa Cruz, California, she now lives in London.