A Story of Courage and Couture 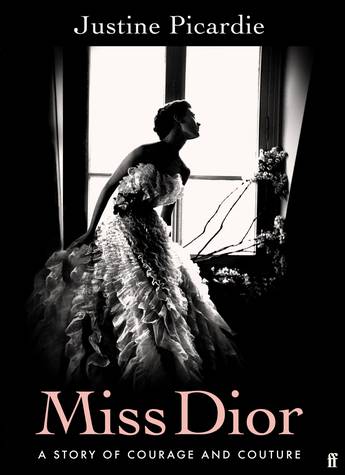 Miss Dior is about what a woman can be. Through the untold story of resistance hero, Catherine Dior, Picardie illuminates ideas of femininity, strength and beauty and the work of one of the world's most iconic designers.

Picardie's journey to uncover the secret life of Christian Dior's beloved sister Catherine takes the reader to the heart of Occupied Paris, where he mastered the art of couture while Catherine dedicated herself to the French Resistance - until she was captured by the Gestapo and deported to the German concentration camp of Ravensbruck. After she returned to France, Catherine was barely recognisable to her brother, yet remained at the heart of his vision of femininity. As his fame grew, she retreated into anonymity, dedicating her life to tending the roses that make up her signature scent. Picardie's exploration of this mysterious wartime story leads her deep into other hidden histories, and the result is unforgettable.

Miss Dior will be beautifully illustrated and include exclusive images from the Dior archives.
More books by this author

Justine Picardie is the Contributing Editor to Harper's Bazaar and was former editor-in- chief. She was formerly a journalist for Sunday Times, a columnist for the Telegraph, editor of the Observer magazine and features director of Vogue. She is the author of five books, including the critically-acclaimed memoir If the Spirit Moves You: Live and Love After Death, and the bestselling Coco Chanel: The Legend and the Life.