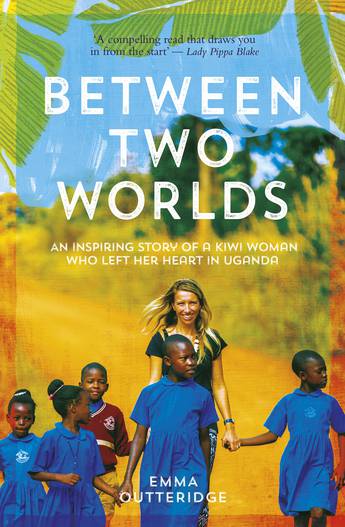 How one woman brought together the international sailing community to support the children of Uganda.

A remarkable true story of adventure and altruism.

Emma Outteridge was born into the America's Cup world and spent her twenties running Louis Vuitton's international sailing hospitality programme. While rubbing shoulders with celebrity athletes and billionaire sponsors had its charms, over time Emma craved something more.

In 2009, aged 25, she moved to St Paul KAASO, a primary school for orphans in Uganda, naively intent on giving back and 'saving the world'. However, this is not a story of scraping the surface on a token voluntourism jaunt, but of a lifelong love affair. While at KAASO, Emma was asked by a young student, Henry, whether she might sponsor the rest of his education. Initially hesitant to make such a commitment, she would go on not only to sponsor Henry, but also to found the Kiwi Sponsorships programme, funding the secondary education of more than 70 children in Uganda.

Spanning a decade, Between Two Worlds chronicles Emma's journey from wide-eyed volunteer to someone whose life is deeply rooted within her Ugandan village community. She finds a way to marry her two worlds, building a bridge between the international sailing community and a rural East African village.

Poignant and compelling, Between Two Worlds is a story of transformation and hope against all odds that will stay with you long after the final page.

A portion of the proceeds from this book will go to KAASO.
More books by this author

Emma Outteridge has a double degree in English Literature and Marketing from Victoria University of Wellington, and has spent more than a decade working on high-end international sporting events with Louis Vuitton.

Through her work with Louis Vuitton and her involvement with the America's Cup and other international sailing events, she has worked closely with many influential, well-known and wealthy individuals. Over the years, many of these people have actively followed her stories in Uganda and have become passionate about supporting and promoting her cause.

She founded the Kiwi Sponsorships programme, which has seen more than 70 children through their educations in Uganda, and established the Suubi Sanyu fund, a student micro-loan fund. She is the Volunteer Coordinator for KAASO, sending volunteers from around the world to the school each year.