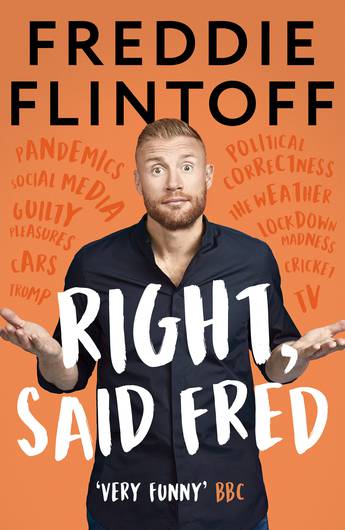 The hilarious and eye-opening new book from one of Britain's best-loved figures.

The hilarious and eye-opening new book from one of Britain's best-loved figures.
More books by this author

Andrew 'Freddie' Flintoff (MBE) is a presenter, broadcaster, television panellist and former England international cricketer. He lives with his wife, Rachael, and their three children.

Freddie won BBC Sports Personality of the Year in 2005. Following his retirement from sport, he joined the panel of BAFTA-winning A League of Their Own, has presented documentaries and interviewed some of the world's most famous figures. He has written for newspapers, fronted his own radio show and currently works alongside Robbie Savage and Matthew Syed on their hugely successful and award-winning podcast Flintoff, Savage and the Ping Pong Guy.