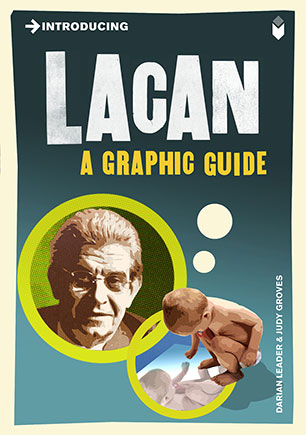 An accessible yet thorough overview of Lacan's major contributions to psychoanalysis, philosophy, critical thinking and beyond.

Jacques Lacan is now regarded as a major psychoanalytical theorist alongside Freud and Jung, although recognition has been delayed by fierce arguments over his ideas. Written by a leading Lacanian analyst, Lacan: A Graphic Guide takes the reader through his innovations, including his work on paranoia, his addition of structural linguistics to Freudianism and his ideas on the infant 'mirror phase'. It also traces Lacan's influence in postmodern critical thinking on art, literature, philosophy and feminism. This is the ideal introduction for anyone intrigued by Lacan's ideas but discouraged by the complexity of his writings.
More books by this author More books in this series

Darian Leader is the author of Why do women write more letters than they post? (1996), Promises lovers make when it gets late (1997), Freud's Footnotes (2000), and Stealing the Mona Lisa (2002), all published by Faber. Judy Groves is a painter, graphic designer and illustrator.