Further than the Furthest Thing; Midwinter; How to Hold Your Breath; Meet Me at Dawn 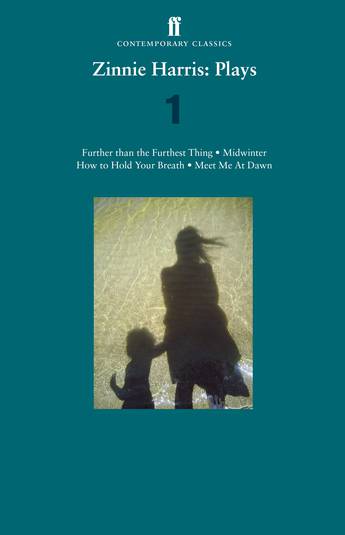 Download cover
Availability: Not available to order from this website, please try another retailer
In this first collection by Zinnie Harris, Further than the Furthest Thing evokes the fragility of an island community as their way of life is threatened and they must determine their future, while Midwinter opens as a woman steals a dead horse to feed to a child. How To Hold Your Breath tells the story of a woman who sleeps with the devil and defends her belief in love, even as her world collapses around her, and Meet Me at Dawn offers a compelling, allegorical love story that explores the desolating effects of grief.
With an introduction by director Dominic Hill.

Further than the Furthest Thing
'Already has the status of a modern classic.' - Lyn Gardner, Guardian
'Arguably the greatest tragedy in the Scottish theatrical canon' - Mark Brown, Telegraph

How to Hold Your Breath
'Harris's writing is not only wonderfully imaginative, but also beautifully light.' - Tribune
'Dizzyingly bold . . . pressingly topical and admirably ambitious' - Financial Times

Meet Me at Dawn
'A twenty-first-century classic' - Scotsman
'Lyrical, raw and hazy' - Sunday Times
More books by this author

Zinnie Harris's plays include the multi-award-winning Further than the Furthest Thing (National Theatre/Tron Theatre; winner of the 1999 Peggy Ramsay Award, 2001 John Whiting Award, Edinburgh Fringe First Award), How to Hold Your Breath (Royal Court Theatre; joint winner of the Berwin Lee Award), The Wheel (National Theatre of Scotland; joint winner of the 2011 Amnesty International Freedom of Expression Award), Nightingale and Chase (Royal Court Theatre), Midwinter, Solstice (both RSC), Fall (Traverse Theatre/RSC), By Many Wounds (Hampstead Theatre) and the trilogy This Restless House (Citizens Theatre/National Theatre of Scotland), based on Aeschylus' Oresteia. Also, Ibsen's A Doll's House for the Donmar Warehouse, Strindberg's Miss Julie for the National Theatre of Scotland and Webster's The Duchess (of Malfi) (Royal Lyceum Theatre). Zinnie received an Arts Foundation Fellowship for playwriting, and was Writer in Residence at the RSC, 2000-2001. She is Professor of Playwriting and Screenwriting at St Andrews University, and was the Associate Director at the Traverse Theatre from 2015-2018.