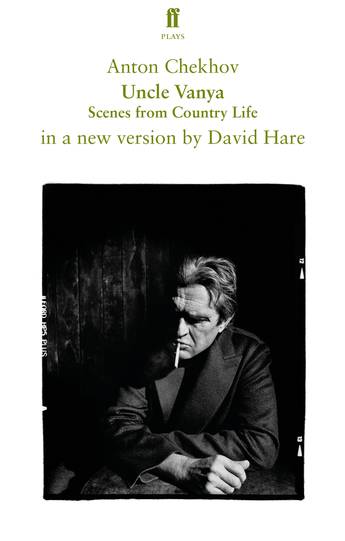 David Hare's version of one of Chekhov's most famous plays.

Russia, late summer at the close of the nineteenth century. Vanya and his niece Sonya have worked for years to manage the country estate. Into this ordered and regular household come two new visitors, Sonya's father, an irritable professor, and his young wife Elena who, in the space of a few months, cause chaos, one by their selfishness, and the other by their sexual allure. Between them, they manage to have most of the inhabitants questioning their purpose in life, their happiness and, at times, their sanity.

David Hare's first full-length play was produced in 1970. Since then he has written over thirty stage plays and twenty-five screenplays for film and television. The plays include Plenty, Pravda (with Howard Brenton), The Secret Rapture, Racing Demon, Skylight, Amy's View, The Blue Room, Via Dolorosa, Stuff Happens, The Absence of War, The Judas Kiss, The Red Barn and The Moderate Soprano. For cinema, he has written The Hours, The Reader, Damage, Denial, Wetherby and The White Crow among others, while his television films include Licking Hitler, the Worricker Trilogy (Page Eight, Turks & Caicos, and Salting the Battlefield) and Collateral. In a millennial poll of the greatest plays of the twentieth century, five of the top hundred were his.

Anton Chekhov, Russian dramatist and short-story writer, was born in 1860, the son of a grocer and the grandson of a serf. After graduating in medicine from Moscow University in 1884, he began to make his name in the theatre with the one-act comedies The Bear, The Proposal and The Wedding. His earliest full-length plays, Ivanov (1887) and The Wood Demon (1889), were not successful, and The Seagull, produced in 1896, was a failure until a triumphant revival by the Moscow Art Theatre in 1898. This was followed by Uncle Vanya (1899), Three Sisters (1901) and The Cherry Orchard (1904), shortly after the production of which Chekhov died. The first English translations of his plays were performed within five years of his death.