The Tale of Little Bevan 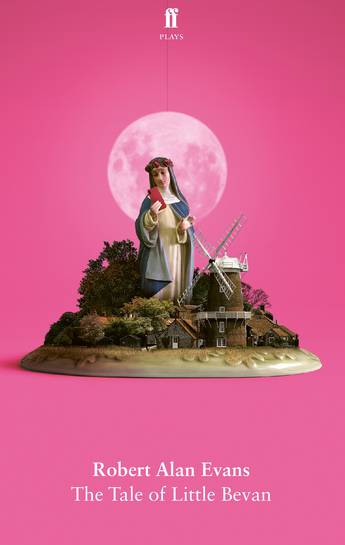 Download cover
Availability: Not available to order from this website, please try another retailer
In a peaceful Norfolk village, three people are seeking happiness. But as the harvest moon fills and the party begins, ancient forces are brought to life. While Tony and Mikey get trapped in the tunnels below the village, Gill's plan for revenge turns sour.

A darkly comic journey through twenty-four hours in the life of a village, Robert Alan Evans's play was created in collaboration with those living in rural communities across Norfolk and Suffolk today.

The Tale of Little Bevan by Robert Alan Evans was premiered by Pentabus in October 2019 in a tour taking in village halls across England.
More books by this author

Robert Alan Evans is a playwright, director and devisor working across the UK. He was brought up in Penarth, Wales and spent his formative years trailing aimlessly around the parks there. He has written extensively for young people and their adults as well as for adults with no young people. He is the winner of a TMA Award as well as several Critics Awards for Theatre in Scotland and the Prix d'Orpheon en France. He currently lives in London and Glasgow and makes work for theatre, TV and dance.