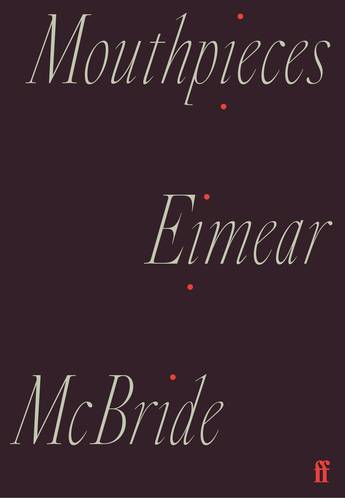 Written during her time as the inaugural fellow in the Beckett archive last year, Eimear McBride's three short, characteristically brilliant texts - collected in one work, Mouthpieces.

Each text depicts a fragment of female experience, all of them told in in Eimear's vivid, original and sharp-witted style. In 'The Adminicle Exists', we hear the inner voice of a woman who saves her troubled, dangerous partner; in 'An Act of Violence', a woman is quizzed about her reaction to a man's death; in 'The Eye Machine', the character 'Eye' tells of her imprisonment, flickering through a slideshow of female stereotypes.
More books by this author

Eimear McBride is the author of two novels: The Lesser Bohemians (James Tait Black Memorial Prize) and A Girl is a Half-formed Thing (Bailey's Women's Prize for Fiction, Irish Novel of the Year, the Goldsmiths Prize, and others). She was the inaugural creative fellow at the Beckett Research Centre, University of Reading and occasionally writes for the Guardian, TLS, New Statesman and the Irish Times.