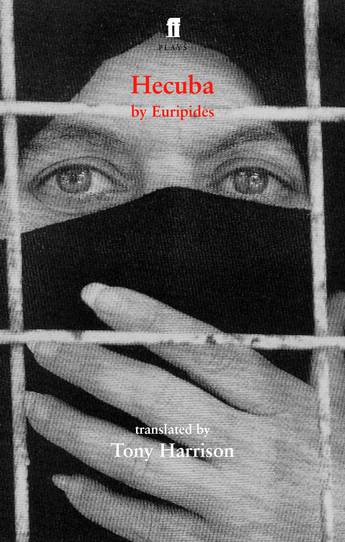 Children, lead this old woman outside. A slave like the rest of you, She once was your queen.

Troy has fallen to the Greeks, and Hecuba, its beloved queen, is widowed and enslaved. She mourns her great city and the death of her husband, but when fresh horrors emerge, her grief turns to rage and a lust for revenge. A savage indictment of the devastation of war, Hecuba is brought to life in this thrillingly visceral new version.Hecuba premiered at the Donmar Warehouse, London in September 2004.
More books by this author

Tony Harrison was born in Leeds in 1937. His volumes of poetry include The Loiners (winner of the Geoffrey Faber Memorial Prize in 1972), Continuous, v. (broadcast on Channel 4 in 1987 and winner of the Royal Television Society Award), A Cold Coming (Gulf War poems written for the Guardian), The Gaze of the Gorgon (winner of the Whitbread Prize for Poetry) and Laureate's Block. He has also contributed a number of poems to Volume 5 of the Penguin Modern Poets series. Recognised as Britain's leading theatre and film poet, Tony Harrison has written extensively for the National Theatre, the New York Metropolitan Opera, the BBC, Channel 4, and for unique ancient spaces in Greece and Austria. His version of Aeschylus's Oresteia, written for the National Theatre, won the European Poetry Translation Prize in 1982. Among his many television films are Black Daisies for the Bride, which won the Prix Italia.