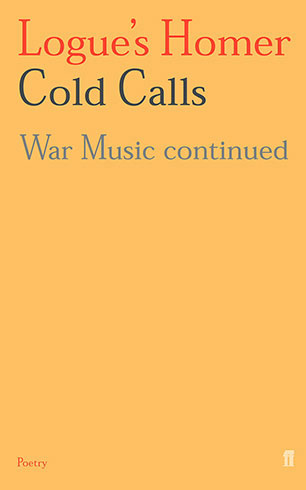 Download cover
Availability: Not available to order from this website, please try another retailer
Helen, the world's most beautiful woman, the wife of Lord Menelaos of Sparta, left Greece in the company of Paris, the son of Priam, King of Troy. To repossess her, a thousand Greek ships sailed to Troy. Nine years have passed. The Greeks have not achieved their aim. Indeed, after a quarrel between Achilles their leader and Agamemnon their king, the Trojans, led by Paris's brother, Prince Hector, have driven the Greeks off the plain of Troy and back behind the palisade protecting their ships. Achilles refuses to help them. It is night

The scene is set for Cold Calls, the fifth and penultimate instalment of Logue's Homer, an ongoing project - a piece of performance-art for the page rather than the stage - which has taken several decades to unfold, and has been described as: 'Less a translation than an adaptation. Less an adaptation in fact, than an original poem of considerable power.' (Derek Mahon)

Christopher Logue was born in 1926. He was educated at Prior Park College, Bath, and at Portsmouth Grammar School. He served as a private in the Black Watch and spent sixteen months in an army prison. His publications include several volumes of poetry and a pornographic novel. He lives in London with his wife, the critic Rosemary Hill.