Bob Dylan at the Crossroads 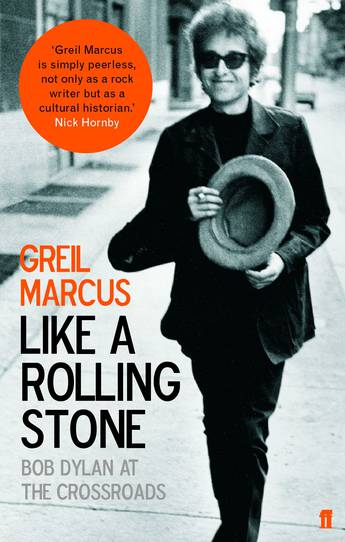 Originally published for the fortieth anniversary of the recording of Like a Rolling Stone - the definitive biography of the song that caught the spirit of its time.

Sardonic, bitter, threatening, compassionate, gleeful, and most of all loud, Like a Rolling Stone is much more than a song. Six minutes and six seconds in length, it was released by Dylan despite the received wisdom of the day as to what constituted a single. Originally published on the 40th anniversary of its release and recording, Greil Marcus's extraordinary book reconstructs the context in which the song first appeared, in terms of Dylan's own career (his controversial transformation from folk singer into rock 'n' roll singer) and the world at large (Vietnam, the Watts Riots, the burgeoning counter-culture of the time). This is itself the stage for Marcus: recreation of the song on the page - its emergence from fragments, its words, its sound, its discovery of itself. An analysis and critique of an artist at the height of his creative powers, it affords a unique insight into the mistakes, inspirations and bloody mindedness that come together only in the very highest cultural moments.
More books by this author

Greil Marcus was born in San Francisco in 1945. He is the author of Mystery Train, Invisible Republic, Lipstick Traces and Double Trouble, and the editor of Lester Bangs's Psychotic Reactions and Carburetor Dung. In 1998 he curated the exhibition '1948' at the Whitney Museum of American Art in New York City. Marccus writes a bi-weekly column for salon.com and a