Gustav Mahler: Letters to his Wife 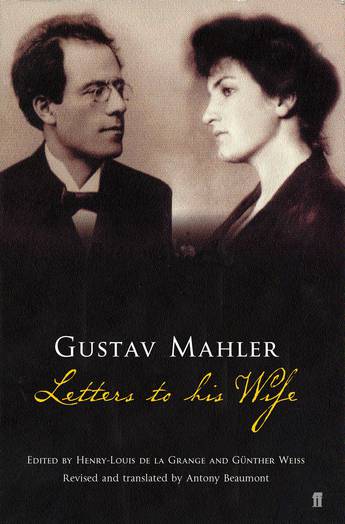 'A vivid and telling portrayal of Mahler's personality in his voice.' - Times Literary Supplement (UK)

Alma Mahler-Werfel was one of the most fascinating and ambivalent of twentieth-century women. Her book Gustav Mahler: Memories and Letters (1940) includes 159 of Mahler's letters, yet only 37 of these were published in their original, unedited form. Alma's omissions, abridgements and alterations were all part of the legend, and reveal that it was her intention to present herself in as flattering a light as possible.

This new edition restores the original texts, and includes a further 188 letters as well as other, hitherto unpublished documents. The letters are supplemented by commentaries, which provide background information about the people and events mentioned in them, and help place the letters in their cultural and historical context. These documents depict a close and sometimes explosive relationship between two people of widely differing background, character and temperament. The Mahler that emerges from these authentic, unabridged sources is warmer and more touchingly human than the figure as presented by Alma in her expurgated selection of Memories and Letters.
More books by this author

Antony Beaumont was born in London and studied at King's College, Cambridge. He now lives in Germany where he is active as a conductor, lecturer, and freelance musicologist. In 1992, Beaumont was commissioned by the Hamburg State Opera to complete the orchestration of Zemlinsky's last opera, Der Konig Kandaules. Premiered in 1996, the work has since been staged by several other opera companies, recorded and televised. Beaumont has also edited and (where necessary) reconstructed several other major works from the composer's posthumous papers at the Library of Congress. Antony Beaumont is author of Busoni the Composer. He co-edited (with Susanne Rode-Breymann) Alma Mahler-Werfel's Diaries 1898-1902, his English translation of which was published to great acclaim by Faber in 1998.