A Story of Berlin 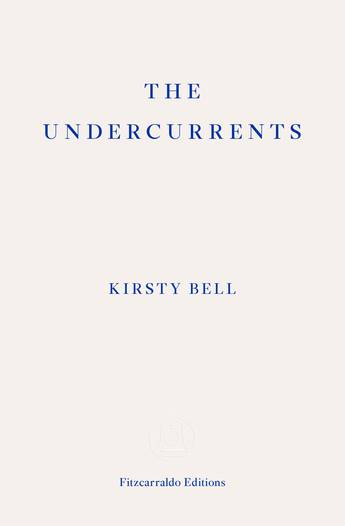 Humane, thought-provoking and moving, The Undercurrents is a hybrid literary portrait of a place that makes the case for radical close readings: of ourselves, our cities and our histories.

The Undercurrents: A Story of Berlin is a dazzling work of biography, memoir, and cultural criticism told from a precise vantage point: a stately nineteenth-century house on Berlin's Landwehr canal, a site at the centre of great historical changes, but also smaller domestic ones. The view from this apartment window offers a ringside seat onto the city's theatre of action. The building has stood on the banks of the Landwehr Canal in central Berlin since 1869, its feet in the West but looking East, right into the heart of a metropolis in the making, on a terrain inscribed indelibly with trauma.

When her marriage breaks down, Kirsty Bell - a British-American writer in her mid-forties, adrift - becomes fixated on the history of her building and of her adoptive city. She moved into this house in 2014 with her then-husband and two sons, but before her was Herr Zimmermann, the wood-dealer who built the house, and the Salas, a family of printers who took it over in 1908, and lived here through both world wars. Their adopted daughter Melitta Sala, a Kriegskind or 'child of the war', inherited the building and takes hold of her imagination.

Now, at the start of the twenty-first century, it is Kirsty Bell's turn to look out of this apartment window. She looks to the lives of the house's various inhabitants, to accounts penned by Walter Benjamin, Rosa Luxemburg and Gabriele Tergit, and to the female protagonists in the works of Theodor Fontane, Irmgard Keun and Rainer Werner Fassbinder. A new cultural topography of Berlin emerges, one which taps into energetic undercurrents to recover untold or forgotten stories beneath the city's familiar narratives.
More books by this author

Kirsty Bell is a British-American writer and art critic living in Berlin. She has published widely in magazines and journals including Tate Etc. and Art in America, and was contributing editor of frieze from 2011-2021. She was awarded a Warhol Foundation Grant for her book The Artist's House, and her essays have appeared in over seventy exhibition catalogues for major international museums and institutions such as the Whitney Museum for American Art, The Stedelijk Museum Amsterdam, and Tate, UK. Her approach to writing is rooted less in her degree in Art History and English Literature from Cambridge University (1990-93) than in her hands-on experience with contemporary art production, while working in galleries and curating exhibitions.