The Death of King Arthur 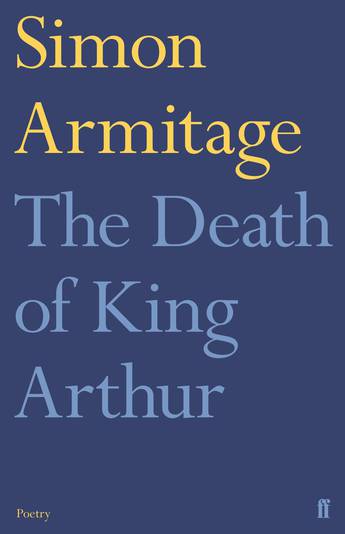 The Alliterative Morte Arthure - the title given to a four-thousand line poem written sometime around 1400 - was part of a medieval Arthurian revival which produced such masterpieces as Sir Gawain and the Green Knight and Sir Thomas Malory's prose Morte D'Arthur. The Death of King Arthur deals in the cut-and-thrust of warfare and politics: the ever-topical matter of Britain's relationship with continental Europe, and of its military interests overseas.

Simon Armitage is already the master of this alliterative music, as his earlier version of Sir Gawain and the Green Knight (2006) so resourcefully and exuberantly showed. His new translation restores a neglected masterpiece of storytelling, by bringing vividly to life its entirely medieval mix of ruthlessness and restraint.
More books by this author

Simon Armitage was born in West Yorkshire and is Professor of Poetry at the University of Sheffield. A recipient of numerous prizes and awards, he has published ten collections of poetry, including Selected Poems (2001), Seeing Stars (2010) and his acclaimed translation of Sir Gawain and the Green Knight (2007). A broadcaster and presenter, he also writes extensively for television and radio, is the author of two novels, the bestselling memoir All Points North (1998) and Walking Home (2012), his poetic journey along the Pennine Way. In 2010 he received the CBE for services to poetry.