The Ballad of Dorothy Wordsworth 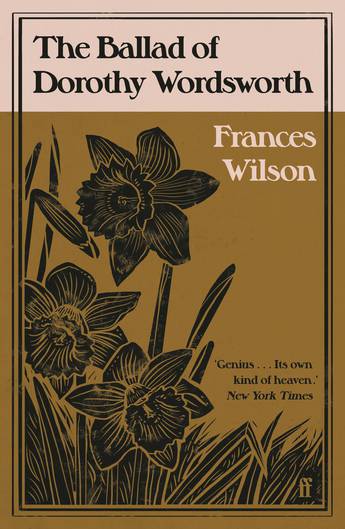 The prize-winning biography of Wordsworth's beloved sister, champion, muse who was at the heart of the Romantic movement in Britain - reissued to celebrate the 250th anniversary of Dorothy's birth.

'A most beautiful, deep, and humble study of incredibly complex people.' - Oliver Sacks

Dorothy Wordsworth has been an enigma for centuries. William's beloved sister was his muse, champion, and most valued reader. She is mythologised as a self-effacing spinster and saintly amanuensis, yet Thomas De Quincey described her as 'all fire and ardour'.

Dorothy sacrificed a conventional life to share in her brother's world of words. In her Grasmere Journals, she vividly recorded their intimate life together in the Lake District, marked by a startling freedom from social convention. The tale that unfolds in her brief, electric entries reveals an intense bond between siblings, culminating in Dorothy's collapse on William's wedding day - after which the woman who once strode the hills in all weathers retreated inside the house for the last three decades of her life.

In her magisterial biography, Frances Wilson uses the compressed emotion of Dorothy's journals to evoke the rich interior world of a woman determined to live on her own terms - one who deserves her own place in the history of the Romantic movement.
More books by this author

Frances Wilson is a celebrated biographer, critic, and academic. She is the author of five works of non-fiction, including The Ballad of Dorothy Wordsworth (2008), winner of the British Academy Rose Mary Crawshay Prize; How to Survive the Titanic: Or, the Sinking of J Bruce Ismay (2011), winner of the Elizabeth Longford Prize for Historical Biography; and Guilty Thing: A Life of Thomas De Quincey (2016), which was longlisted for the Baillie Gifford Prize 2016 and shortlisted for the National Book Critics Circles Award. Her forthcoming book is Burning Man: The Trials of D.H. Lawrence.