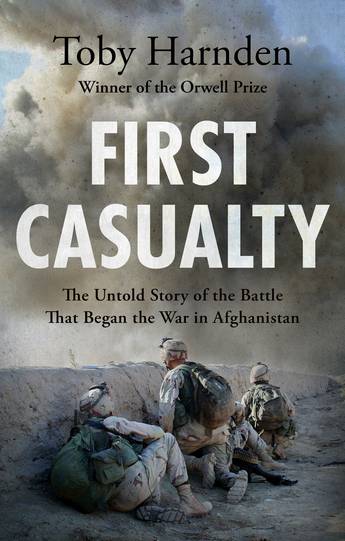 The story of the six-day battle that began the War in Afghanistan and how it set the scene for twenty years of conflict.

Bestselling and Orwell Prize-winning author Toby Harnden tells the gripping and incredible story of the six-day battle that began the War in Afghanistan and how it set the scene for twenty years of conflict.

On the 11th of September 2001, the World Trade Center in New York was attacked. In the aftermath, the US declared a 'War on Terror' and within two months had sent troops to Afghanistan, which was suspected of harbouring al-Qaeda operatives.

In late November, coalition forces were stationed in the ancient fort of Qala-i-Janghi, assisting the CIA in interrogations of al-Qaeda suspects, when hundreds of men from the surrounding areas surrendered to the soldiers. The soldiers had respected local customs of respect by not searching them, but what they did not know was that the prisoners were armed and determined to send a message to the invading forces.

What ensued was six days of fighting that would prove to be one of the bloodiest of the War, a ferocious fight for survival in a dusty outpost facing a fearless enemy, and a death that would never be forgotten.

In the first ever account of a battle that came to define the occupation in Afghanistan, war reporter Toby Harnden tells the gripping story of what happened in those fateful days and explains how it would lead to two decades of war and the terrorism-plagued world we have today.

'Reads like a Tom Clancy thriller, yet every word is true … This is modern warfare close-up and raw.' - Andrew Roberts, author of Churchill: Walking with Destiny
More books by this author

Toby Harnden has been a journalist for 25 years, after previously spending a decade in the Royal Navy. He is currently the Managing Editor of theWashington Examiner, and before that was the Washington Bureau Chief of theSunday Times. He has written two critically acclaimed and bestselling books, includingDead Men Risen, which won the 2012 Orwell Prize.