... and Change the World 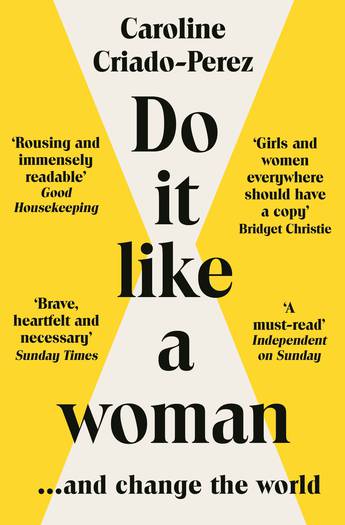 The reissue of a brilliant, necessary manifesto for women everywhere.

In the last five years, the feminist movement has seen a radical upswell of energy and activism. We have been inspired by #LeanIn, we have found solidarity in #MeToo. We've pushed one another to be stronger and try harder. Caroline Criado-Perez's landmark book of feminist inspiration introduces us to the pioneers who motivated us to do it like a woman, including a female fighter pilot in Afghanistan; a Chilean revolutionary; the Russian punks who rocked out against Putin; and the Iranian journalist who dared to uncover her hair. This is a brilliant, necessary manifesto for women everywhere.
More books by this author

Caroline Criado Perez is an award-winning and bestselling writer, campaigner and consultant. She won the Liberty Human Rights Campaigner of the Year Award 2013 and in 2015 she was named an OBE in the Queen's Birthday Honours. Her first book, Do It Like A Woman was published by Portobello Books in May 2015. Her second book, Invisible Women (Chatto & Windus, 2019) was named a book of the decade by the Sunday Times.