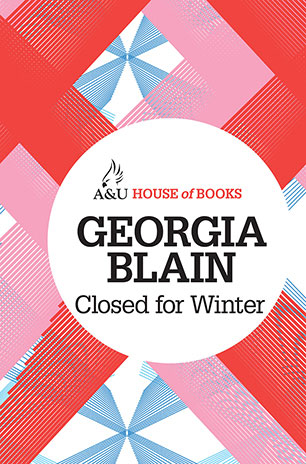 Something happened that day on the jetty . A haunting novel of family secrets.

Twenty years have passed since that day on the jetty but it is only now that Elise has found the strength to go back and face the events of her past. And so she begins to unravel all that has been tying her up, picking through that day, piece by piece, from beginning to end. Over and over again.

But sometimes what you uncover is not what you were searching for, and Elise finds herself face to face with a truth she had not expected.

Closed for Winter is a gripping novel that will haunt you to the very end, and a powerful, positive story about the pain of letting go.
More books by this author

Georgia Blain has written a number of novels for adults including the bestselling Closed for Winter, which was made into a feature film. Her memoir Births Deaths Marriages: True Tales was shortlisted for the 2009 Kibble Literary Award for Women Writers.

In 1998 she was named one of the Sydney Morning Herald's Best Young Novelists and has been shortlisted for the NSW Premier's Literary Awards, the SA Premier's Awards and the Barbara Jefferis Award.