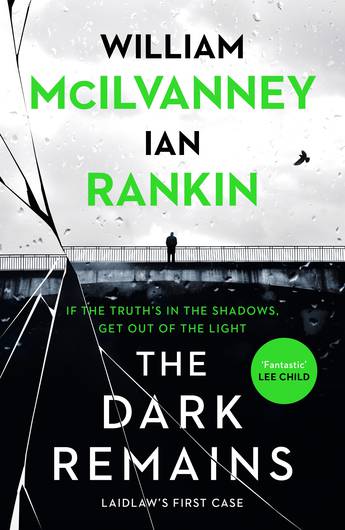 'Fantastic - like witnessing Scottish noir's Big Bang creation in the company of its greatest living exponent...like Maradona and Messi playing in the same team.' - LEE CHILD

Lawyer Bobby Carter did a lot of work for the wrong type of people. Now he's dead and it was no accident. Besides a distraught family and a heap of powerful friends, Carter's left behind his share of enemies. So, who dealt the fatal blow?

DC Jack Laidlaw's reputation precedes him. He's not a team player, but he's got a sixth sense for what's happening on the streets. His boss chalks the violence up to the usual rivalries, but is it that simple? As two Glasgow gangs go to war, Laidlaw needs to find out who got Carter before the whole city explodes.

William McIlvanney's Laidlaw books changed the face of crime fiction. When he died in 2015, he left half a handwritten manuscript of Laidlaw's first case. Now, Ian Rankin is back to finish what McIlvanney started. In The Dark Remains, these two iconic authors bring to life the criminal world of 1970s Glasgow, and Laidlaw's relentless quest for truth.

'He kicked the door open so the likes of Ian Rankin, Denise Mina and me could sneak through behind him' - VAL McDERMID
More books by this author

In 1977, William McIlvanney changed the face of crime fiction when he created DI Laidlaw, the soulful Glasgow cop. He wrote three books in the series and left one nearly complete novel, recently discovered. The series inspired several generations of Scottish crime writers who followed.

One young fan, Ian Rankin, took Laidlaw as inspiration for his own antihero, John Rebus. Twenty-four books on, Rankin is back to finish what McIlvanney started.
@beathhigh | ianrankin.net