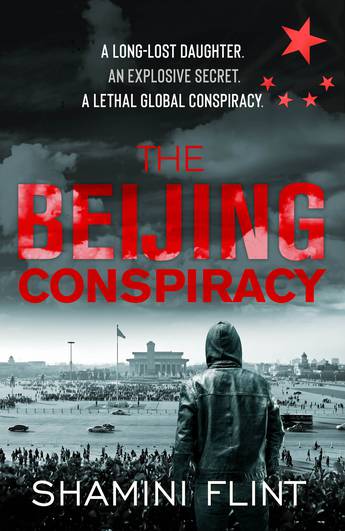 One man is caught up in a lethal global conspiracy in this explosive spy thriller.

A LONG-LOST DAUGHTER. AN EXPLOSIVE SECRET. A LETHAL CONSPIRACY.

Ex-Delta Force soldier Jack Ford is trying to put the past behind him. But when he receives a letter from someone he hasn't spoken to in thirty years, claiming he has a daughter, he can't resist investigating for himself.

Soon he's on a plane to China, a country he hasn't returned to since witnessing the atrocities of the Tiananmen Square massacre. But on his search he stumbles upon explosive information which both the Chinese and American governments are desperately chasing. Now Jack is trapped in an impossible dilemma: save his daughter or prevent a war where thousands will lose their lives.
More books by this author

Shamini Flint was born and brought up in Malaysia. Having studied law at Cambridge University, she travelled extensively throughout Asia for her work as a corporate lawyer, before becoming a writer, part-time lecturer and environmental activist. Shamini now lives in Singapore with her husband and two children. She is the author of the highly acclaimed Inspector Singh mystery series.