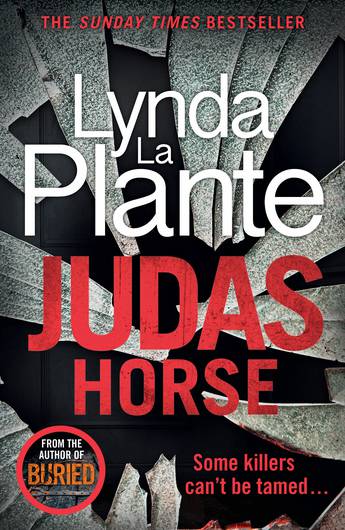 'Do you know what a Judas Horse is? When the wild mustangs are running free, you corral one and train it. When he's ready, you release him and he'll bring his team back into the corral - like Judas betraying them...'

Violent burglars have been terrorising residents across the English countryside. But when a mutilated body is discovered in a Cotswolds house, it becomes clear that this is no ordinary group of opportunist thieves.

As Detective Jack Warr investigates, he discovers locals with dark secrets, unearths hidden crimes - and hits countless dead ends. With few leads and the violent attacks escalating, he will have to act as audaciously as the criminals if he hopes to stop them.

When Warr meets Charlotte Miles, a terrified woman with links to the group, he must use her to lure the unsuspecting killers into one last job, and into his trap. But with the law already stretched to breaking point, any failure will be on Warr's head - and any more blood spilled, on his hands...
More books by this author

Lynda La Plante was born in Liverpool. She is the author of nearly forty novels, all of which have been bestsellers. She trained for the stage at RADA and worked with the National theatre and RDC before becoming a television actress. She then turned to writing - and made her breakthrough with the phenomenally successful TV series Widows.

Lynda is an honorary fellow of the British Film Institute and was awarded the BAFTA Dennis Potter Best Writer's Award in 2000. In 2008, she was awarded a CBE in the Queen's Birthday Honours List for services to Literature, Drama and Charity.

Lynda La Plante is the first lay person to be awarded an honorary fellowship to the Forensic Science Society. In 2020 she launched the acclaimed Listening to the Dead podcast with former CSI Cass Sutherland, exploring forensic science and its impact on solving crimes.