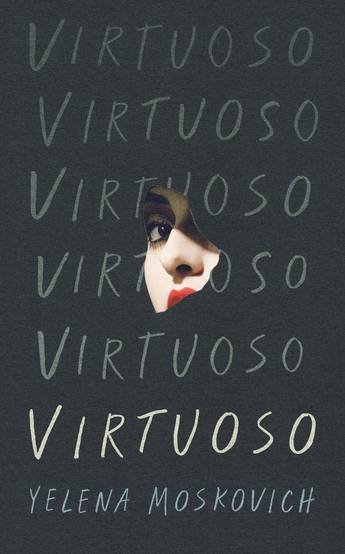 An audacious, mesmerising novel of love in the post-communist diaspora, written with the dramatic tension of Euripidean tragedy and the dreamlike quality of a David Lynch film

'A hint of Lynch, a touch of Ferrante, the stylish languor of a Lana del Rey song ... Moskovich writes sentences that lilt and slink, her plots developing as a slow seduction and then clouding like a smoke-filled room.' Guardian

1980s Prague. Just before Jana's seventh birthday, a new family moves in to their building: a bird-eyed mamka in a fox-fur coat, a stubble-faced papka - and a raven-haired girl named Zorka. As the first cracks begin to appear in the communist regime, Zorka teaches Jana to look beyond their building, beyond Prague, beyond Czechoslovakia ... and then, Zorka just disappears. Jana, now an interpreter in Paris for a Czech medical supply company, hasn't seen her in a decade. As Jana and Zorka's stories slowly circle across the surreal fluctuations of the past and present, the streets of 1980s Prague, the suburbs of 1990s Wisconsin and the lesbian bars of present-day Paris, they lead inexorably to a mysterious door on the Rue de Prague ...
More books by this author

Yelena Moskovich was born in the former USSR and emigrated to the USA with her family as Jewish refugees in 1991. She studied theatre at Emerson College and at the Lecoq School of Physical Theatre in Paris. Her plays and performances have been produced in the US, Canada, France and Sweden. Her first novel The Natashas was published by Serpent's Tail in 2016. She has also written for New Statesman and Paris Review and in French for Mixt(e) Magazine, won the 2017 Galley Beggar Press Short Story Prize in 2017 and was a curator for the 2018 Los Angeles Queer Biennial. She lives in Paris.