Home>Browse>Books>Fiction>The Girl on the 88 Bus 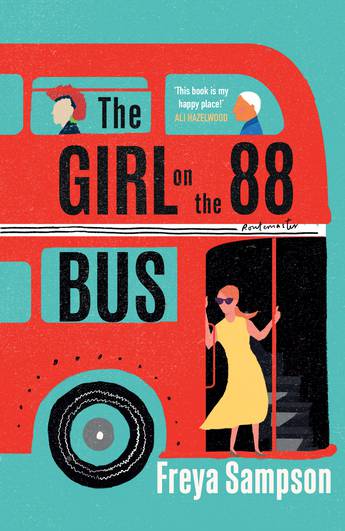 A beautifully uplifting novel about how one chance meeting can change the course of your life.

When Libby Nicholls arrives in London, broken-hearted and with her life in tatters, the first person she meets on the bus is elderly pensioner Frank. He tells her about the time in 1962 he met a girl on the number 88 bus with beautiful red hair just like her own. They made plans for a date at the National Gallery, but Frank lost the ticket with her number written on it. For the past sixty years, he's ridden the same bus trying to find her.

Libby is inspired by the story and, with the help of an unlikely companion, she makes it her mission to help Frank's search. As she begins to open her guarded heart to strangers and new connections, Libby's tightly controlled world expands. But with Frank's dementia progressing quickly, their chance of finding the girl on the number 88 bus is slipping away.

More than anything, Libby wants Frank to see his lost love one more time. But their quest also shows Libby just how important it is to embrace her own chances for happiness - before it's too late.

'A vivid, enchanting story - as brimful of life, friendship and human journeys as the 88 bus itself' - Charity Norman
More books by this author

Freya Sampson works in TV and was the executive producer of Channel 4's Four in a Bed and Gogglesprogs. She studied History at Cambridge University and is a graduate of the Faber Academy. She lives in London with her husband, two young children and an antisocial cat. The Last Library was her debut novel.