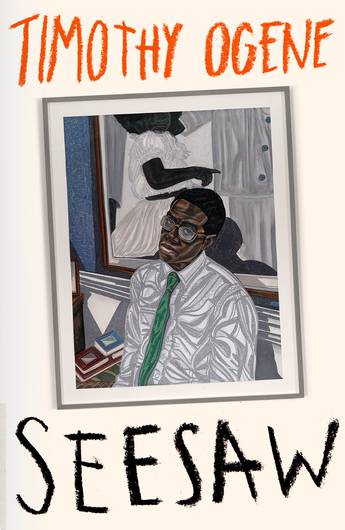 A 'recovering writer' - his first novel having been littered with typos and selling only fifty copies - Frank Jasper is plucked from obscurity in Port Jumbo in Nigeria by Mrs Kirkpatrick, a white woman and wife of an American professor, to attend the prestigious William Blake Program for Emerging Writers in Boston.

Once there, however, it becomes painfully clear that he and the other Fellows are expected to meet certain obligations as representatives of their 'cultures.' His colleagues, veterans of residencies in Europe and America, know how to play up to the stereotypes expected of them, but Frank isn't interested in being the African Writer at William Blake - any anyway, there is another Fellow, Barongo Akello Kabumba, who happily fills that role.

Eventually expelled from the fellowship for 'non-performance' and 'non-participation,' Frank Jasper sets off on trip to visit his father's college friend in Nebraska - where he learns not only surprising truths about his father, but also how to parlay his experiences into a lucrative new career once he returns to Nigeria: as a commentator on American life...

Seesaw is an energetic comedy of cultural dislocation - and in its humour, intelligence and piety-pricking, it is a refreshing and hugely enjoyable act of literary rebellion.
More books by this author

Timothy Ogene was raised in the outskirts of Port Harcourt in southern Nigeria. He has since lived in Liberia, the US and the UK. Twice nominated for a Pushcart Prize and shortlisted for the 2010 Avon International Poetry Competition, his collection of poems, Descent & Other Poems, was a finalist for the 2017 Glenna Luschei Prize for African Poetry. His first novel, The Day Ends Like Any Day, was awarded Book of the Year by the African Literature Association. He holds a BA in English and History from St. Edward's University, a Masters in World Literatures in English from Oxford, and a Masters in Creative Writing from the University of East Anglia.