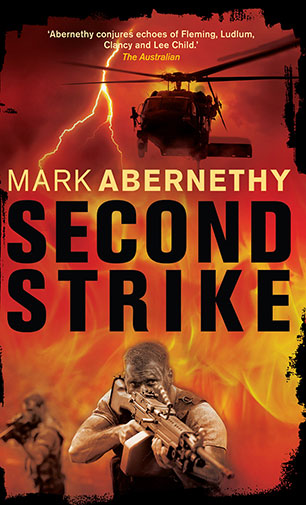 Australian spy Alan 'Mac' McQueen is drawn into a deadly game against old terrorist foes in a bid to prevent them using a mini-nuclear device on Australian soil. A fast-paced, action-packed new adventure from the author of Golden Serpent.

In the early hours of 13 October 2002, Australian spy Alan McQueen is jolted awake and told to head immediately to Bali, where more than 200 people have been killed in a series of bomb blasts. Assigned to keep an eye on the forensic teams working the bomb sites, McQueen - aka Mac - discovers that, contrary to the official line, a mini-nuclear device probably caused the most destructive of the blasts.

As tensions rise between governments, Mac joins an elite unit of spies and soldiers hunting down the terrorists implicated in the bombings. The pursuit takes them through the wilds of Northern Sumatra, but ends with them watching helplessly as the terrorist ringleaders escape by plane.

Five years later, Mac is back in Indonesia doing some soft espionage. But when bullets start flying and old terrorist foes reappear, Mac is drawn into a deadly game that clearly didn't finish in October 2002. Fighting complacency within his own ranks, Mac keeps track of the terrorists until he can no longer ignore the evidence that they have another, more powerful mini-nuke - and their next target is Australia!

Will there be a second strike? And if so, where in Australia will it be?

This action-packed and gripping sequel to Golden Serpent confirms Mark Abernethy as a master thriller writer. Praise for Golden Serpent

'Golden Serpent is the most accomplished commercial spy thriller we've seen locally, a discerning read, full of action and a kind of knowing wit.' - The Australian
More books by this author More books in this series

Mark Abernethy is a speechwriter, journalist and author. Born in New Zealand, he has lived in Australia for most of his adult life. A former editor at Australian Penthouse magazine, he now writes for The Bulletin and the Australian Financial Review.