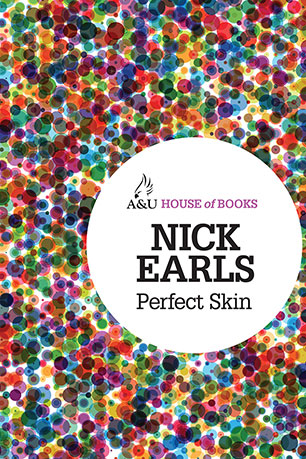 Perfect Skin is a witty, moving and highly original snapshot of what it is to be thirysomething in a post-Duran Duran world.

Ten years have passed since Jon Marshall's footloose bachelor days, and he's come a long way. He's a partner in his own laser surgery practice, owns a nice house in an even nicer suburb and cruises town in a Beemer. And he is a single dad to his six-month-old daughter, Lily, affectionately known as the Bean.

But life hasn't taken the path Jon thought it would in his twenties. Buddies George, Oscar and Wendy coax each other through the challenges - back hair, dating etiquette, and a certain clumsiness with domestic pets - and Jon's friendship with Ash breaks all the rules. But it's the Bean who shows him life's possibilities.

Perfect Skin is a witty, moving and highly original snapshot of what it is to be thirtysomething in a post-Duran Duran world.
More books by this author

Nick Earls is the author of fourteen books, including the bestselling novels Zigzag Street and Bachelor Kisses, Headgames, a collection of short stories, and several novels for young adults, including After January and 48 Shades of Brown, which won the Children's Book Council of Australia Book of the Year Award for older readers in 2000.

His work has been published internationally in English and in translation, as well as being successfully adapted for film and theatre. He worked as a suburban GP and medical editor before turning to writing. Nick Earls lives in Brisbane.

6. North of the Border

10. Life and Death in the Lonely Land

13. Into the Promised Land