The international bestselling, award-winning crime book you must read this summer 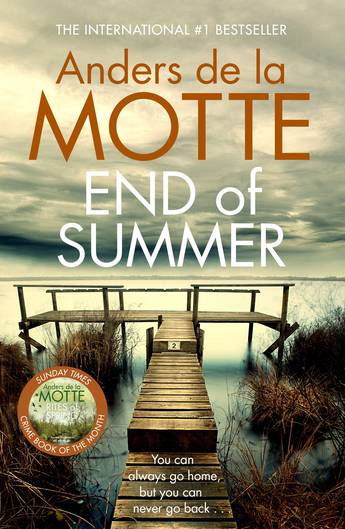 Summer 1983: Four-year-old Billy chases a rabbit in the fields behind his house. But when his mother goes to call him in, Billy has disappeared. Never to be seen again.

Today: Veronica is a bereavement counsellor. She's never fully come to terms with her mother's suicide after her brother Billy's disappearance. When a young man walks into her group, he looks familiar and talks about the trauma of his friend's disappearance in 1983. Could Billy still be alive after all this time?

Needing to know the truth, Veronica goes home - to the place where her life started to fall apart.

But is she really prepared for the answers that wait for her there?
More books by this author More books in this series

ANDERS DE LA MOTTE is the bestselling author of the 'Seasons Quartet'; the first three books of which have all been number one bestsellers in Sweden and have been shortlisted for the Swedish Academy of Crime Writers' Award for Best Crime Novel of the Year. Anders, a former police officer, has already won a Swedish Academy Crime Award for his debut, Game, in 2010 and his second standalone, The Silenced, in 2015. To date, the first three books in the 'Seasons Quartet' have published over half a million copies. Set in southern Sweden, all four books are standalones.