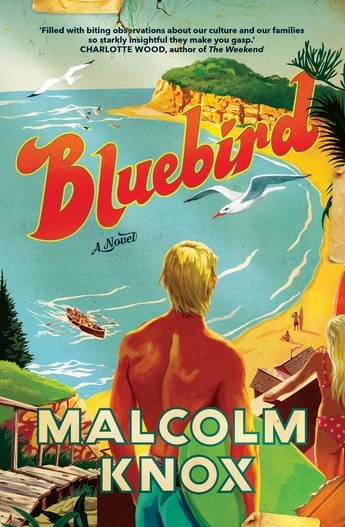 'If Winton is an aria, Knox is early Rolling Stones.' The Guardian
A stunning new novel about longing, regret, redemption and the terrible legacy of decades of secrets buried in an Australian beachside suburb.

A house perched impossibly on a cliff overlooking the stunning, iconic Bluebird Beach. Prime real estate, yet somehow not real estate at all, The Lodge is, like those who live in it, falling apart.

Gordon Grimes has become the accidental keeper of this last relic of an endangered world. He lives in The Lodge with his wife Kelly who is trying to leave him, their son Ben who will do anything to save him, his goddaughter Lou who is hiding from her own troubles, and Leonie, the family matriarch who has trapped them here for their own good.

But Gordon has no money and is running out of time to conserve his homeland. His love for this way of life will drive him, and everyone around him, to increasingly desperate risks. In the end, what will it cost them to hang onto their past?

Acclaimed writer Malcolm Knox has written a classic Australian novel about the myths that come to define families and communities, and the lies that uphold them. It's about a certain kind of Australia that we all recognise, and a certain kind of Australian whose currency is running out. Change is coming to Bluebird, whether they like it or not. And the secrets they've been keeping and the lies they've been telling can't save them now.

Savage, funny, revelatory and brilliant, Bluebird exposes the hollowness of the stories told to glorify a dying culture and shows how those who seek to preserve these myths end up being crushed by them.
More books by this author

Malcolm Knox was born in 1966. He grew up in Sydney and studied in Sydney and Scotland. Malcolm is the former literary editor and award-winning cricket writer of the Sydney