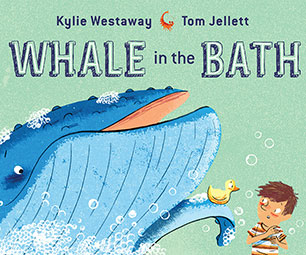 Bruno can't wash when there is a whale in the bath! Why won't anyone believe him? An irresistibly sweet read-aloud story perfect for those imaginative 3-6 year olds and their parents.