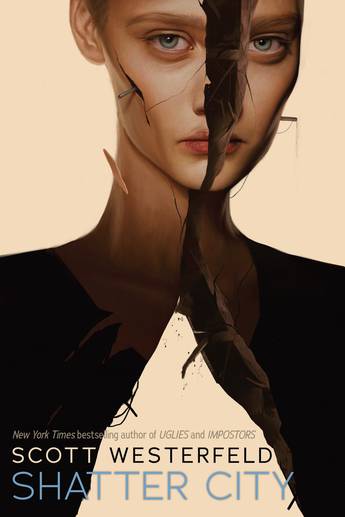 Secrets. Rebellion. Treachery. Resistance. The thrilling sequel to the New York Times bestselling Impostors. Set in the brilliant world of the Uglies series, book 1 of which is soon to be a major Netflix film.

'A world full of wonder and menace.' - Jack Heath

'Classic Westerfeld. A wild, edge-of-your-seat ride that will blow your socks off.' - Lili Wilkinson

When the world sees Frey, they think they see her twin sister Rafi. Frey was raised to be Rafi's double, and now she's taken on Rafi's role as the first daughter of Shreve... without anyone knowing. Her goal? To destroy her father - the dictator of Shreve.

With the world watching and a rebellion rising, Frey flees to the city of Paz, where citizens regulate their emotions through an interface on their arms. But Frey's father has destructive plans even for the City of Peace. Paz is an easy place to get lost... and also an easy place to lose yourself.

As the city comes under a catastrophic attack, Frey must leave the shadows and enter the chaos of warfare - because there is no other way for her to find her missing sister and have her revenge against her murderous father.

Shatter City continues to explore the struggle for freedom in the Uglies universe with heart-stopping action in the brilliant Impostors series.
More books by this author More books in this series

Scott Westerfeld is best known as the author of the Uglies series, a number-one New York Times bestseller, and the Leviathan and Zeroes trilogies, both New York Times bestsellers. His standalone novels include So Yesterday, and Afterworlds. His other works include the Midnighters trilogy, the Peeps and Risen Empire duologies, and the eponymous first book of the Horizon multiplatform series. His novels have won the Philip K Dick Special Citation, the Aurealis Award (twice), the Victorian Premier's Literary Award, and have been named New York Times Notable Books and Best Books for Young Adults Top Ten Children's Books of the Year.