All In It Together

England in the Early 21st Century 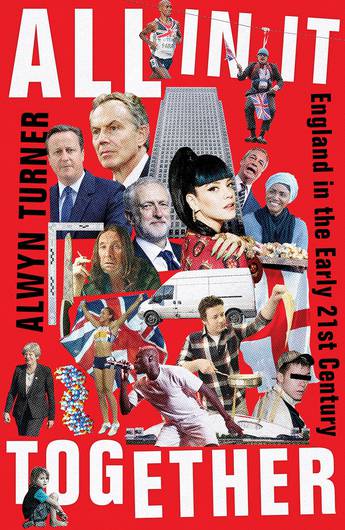 The headlines may be all Covid now, as a few short months ago they were all Brexit, but the breakdown of the UK's political sphere has been a long time coming, and it is a symptom of a much deeper malaise. We seem to have lost our faith in all our social institutions, from parliament and the press to banking and religion. All in It Together tracks the spread of this wider disillusionment over the years 2000 to 2015 in a fast-paced cultural, political and social history that will be required reading for years to come.

Drawing on both high politics and low culture, Alwyn Turner takes us from Downing Street to Benefits Street as he tells the defining story of contemporary Britain. From key issues such as immigration and the Scottish independence referendum, to grime, Grindr and the smoking ban, All in It Together is brilliantly researched, intellectually stimulating and hugely entertaining.
More books by this author

Alwyn Turner is best known for his trilogy of books about Britain in the last decades of the 20th century: Crisis? What Crisis? (2008), Rejoice! Rejoice! (2010) and A Classless Society (2013). He has appeared on Panorama, The Moral Maze, Today and Richard and Judy, and written for the Daily Telegraph, the Guardian and the Financial Times.