Stranger in a Strange Land

Searching for Gershom Scholem and Jerusalem 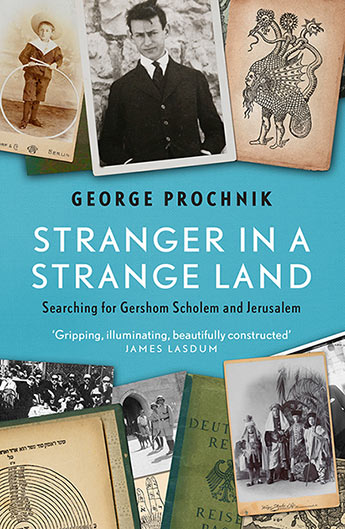 A daring, singular biography of one of the great forgotten thinkers of the 20th century - Gershom Scholem, the founder of modern Kabbalah.

Gershom Scholem, the great humanist thinker and founder of modern Kabbalah, is all but forgotten today. But here, in a biography as daring and inquisitive as its subject, George Prochnik goes in search of Scholem, restoring the reputation of a vital intellectual and finding in his work a vision with the power to reinvigorate contemporary religious and political thought.

Tracing Scholem's life from his upbringing in Berlin, where he experienced a close and transformative friendship with Walter Benjamin, Prochnik reveals how Scholem's frustration with the bourgeois ideology of Germany during WWI led him to discover mystic Judaism, Kabbalah, and, finally, Zionism. But having emigrated to what was to become Israel, Scholem again found himself a 'stranger in a strange land', ill at ease with a prevailing conservative form of Zionism.

Prochnik follows Scholem to the modern Holy Land - only to find that he too is disillusioned by the state politics he encounters. But through his profound study of Scholem and his own experience of Jerusalem, Prochnik not only questions the ideological and religious constructs of Jerusalem, but finds an ethical way forward, showing how a new form of pluralism might energize Jewish thought.
More books by this author

George Prochnik's essays, poetry, and fiction have appeared in numerous journals. He has taught English and American literature at the Hebrew University in Jerusalem, is editor-at-large for Cabinet magazine, and is the author of The Impossible Exile: Stefan Zweig at the End of the World (2014), In Pursuit of Silence: Listening for Meaning in a World of Noise (2010), and Putnam Camp: Sigmund Freud, James Jackson Putnam, and the Purpose of American Psychology (2006). He lives in New York City.