The Society of Timid Souls

Or, How to be Brave 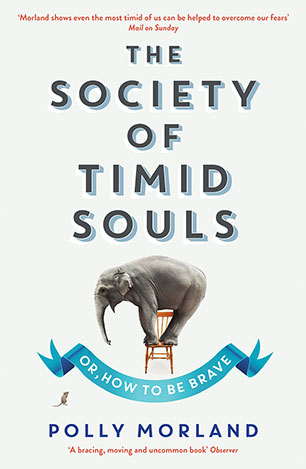 An inspiring investigation of courage in all its forms, from battlefields and bullrings to earthquakes and opera houses.

This book is a modern investigation of an ancient virtue, inspired by a group for stage-frightened musicians in 1940s Manhattan. Coinciding with the terrifying height of World War Two, it was called The Society of Timid Souls. Seventy years later, as fear about everything from terrorism to economic meltdown has become part of our daily lives, Polly Morland reconvenes the society, setting out to discover what it means to be brave in an age of anxiety.

Her journey - and this book - is full of amazing people and surprising ideas. It explores how and why people are brave, from battlefield to hospital ward, circus tightrope to suburban street, disaster zone to political protest. It throws light on some of the myths and lies that surround our favourite virtue. And most of all, it asks, can we learn to be brave?
More books by this author

During fifteen years as a documentary maker, Polly Morland worked as producer/director for the BBC and Channel Four, as well as for PBS and the Discovery Channel. Her first book, The Society of Timid Souls, won a Jerwood Award and was longlisted for the Guardian First Book Award.