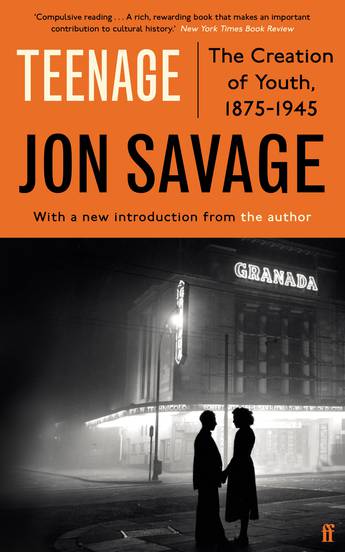 A reissue of Jon Savage's landmark cultural history of youth, with a new introduction from the author.

One of David Bowie's Top 100 Must Read books and the inspiration behind the film Teenage, directed by Matt Wolf and narrated by Ben Whishaw, this is the acclaimed history of the century and a half of ferment, folly and angst that resulted in the arrival of 'the teenager' in 1945.

This new edition will be published alongside reissues of Savage classics England's Dreaming and 1966.
More books by this author

Jon Savage is a bestselling author, broadcaster and journalist. His books include England's Dreaming: Sex Pistols and Punk Rock, Teenage: The Creation of Youth, 1875-1945 and 1966: The Year The Decade Exploded. He has written sleevenotes for Wire, St. Etienne and the Pet Shop Boys, among others, and his compilations include: Meridian 1970 (Heavenly/EMI 2005); Queer Noises: From the Closest to the Charts 1961 - 1976 (Trikont 2006); and Dreams Come True: Classic Electro 1982-87 (Domino 2008). His previous book was the top ten bestselling This Searing Light, the Sun and Everything Else: Joy Division: The Oral History.