Tales of obsession from the virtual frontline 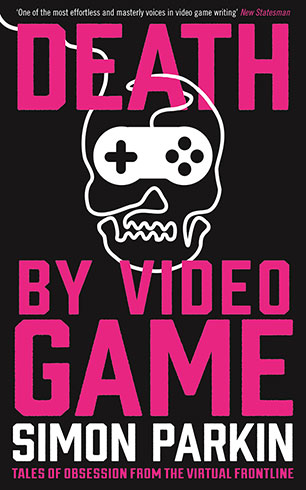 What makes video games so compelling, comforting and irresistible to the human mind?

In Canada, volunteers are raising money for charity by playing marathon stints of Penn & Teller's Desert Bus, probably the worst video game ever created. Across the globe, thousands of viewers tune in to Kurt J. Mac's epic but seemingly pointless voyage towards the outer realms of Minecraft's procedurally-generated world. In Iraq, mothers encourage their children to enter Call of Duty competitions to keep them off the bomb-ravaged streets of Baghdad. And in Taiwan, a spate of deaths at gaming cafes is raising questions about what playing video games does to us.

In Death by Video Game, renowned gaming journalist Simon Parkin delves into the lives of obsessive gamers to answer the question: why do we spend so many hours of our lives in virtual playgrounds?

Telling the stories of gamers and the developers who create the worlds they obsessively inhabit, Death by Video Game is a window on the human stories that have made video games the twenty- first century's most vibrant cultural medium.
More books by this author

Simon Parkin is an award-winning writer and journalist from England. A sought-after video game pundit, Parkin has been a guest on BBC Radio 4, BBC Radio 5 Live and his criticism and journalism has featured in numerous high-profile publications, including the New Yorker, Guardian and New Statesman.