The How, Why, When And What Of Everyday Swearing 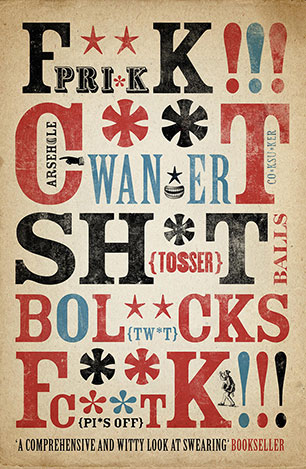 A frank, funny, and provocative journey through the international culture of swearing, from the shocked seventies to the naughty noughties.

When the Sex Pistols swore live on tea-time telly in 1976, there was outrage across Britain. Headlines screamed. Christians marched. TVs were kicked in. Thirty years on, all those words are media-mainstream - bandied about with impunity on TV and in the papers. This is the story of our bad language and its three-decade journey from the fringes of decency to the working centre of a more linguistically liberal nation. Silverton takes a clear, comprehensive and witty look at swearing and the impact of its new acceptability on our language, our manners, and our society. He considers how we have become more openly emotional, yet more wary about insulting others. And how it's seemingly become alright to say *+#^ and *!@# but not *&*(@# or *+^$.

This is the story of that cultural revolution, written by one who was there at the start, proudly striking some of the first blows in the long struggle for the right to reclaim filthy English and use it.

Peter Silverton has been a journalist for 30 years. He started as features editor at Sounds in 1976, covered Punk, went on the Anarchy Tour bus with the Pistols and Clash and later wrote Glen Matlock's autobiography (I Was A Teenage Sex Pistol). He's also worked as an editor at Time Out, the Mail on Sunday, the Sunday Express and the Guardian, and written for practically every music mag and newspaper in the land.