The case that gripped a nation 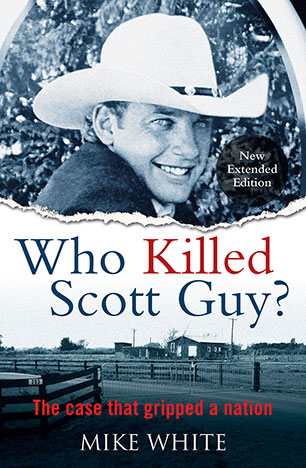 A behind the scenes view of the murder trial that gripped the nation.

Ewen Macdonald, acquitted of murdering Scott Guy but sentenced to five years' prison for other crimes, was freed in November 2015 after his fourth bid for parole. Public interest in this unsolved 2010 murder has remained extraordinarily high, with many still pointing the finger at Macdonald.

The police case against him seemed so logical. But the reality is that, despite intense media coverage, most of us still know very little about the case and the evidence.

To understand what really happened and how it happened, you need to set aside what you think you know and start over again, from the beginning, from that first dark midwinter morning when Scott Guy - a good man, a great dad, a salt-of-the-earth farmer - was gunned down at his front gate for no conceivable reason.

This new extended edition of Who Killed Scott Guy? takes you inside the investigation, into the courtroom and tells the real story behind Ewen Macdonald's defence, led by Greg King. By the end you'll know everything the jury did - and much more - and understand the tragic toll this case has taken.
More books by this author

Mike White is a senior writer at North & South magazine. He investigated Scott Guy's murder for more than a year and was present throughout Ewen Macdonald's five-week trial. At the 2013 Canon Media Awards he won the Magazine Feature Writer of the Year award for his coverage of the case.