We Own This City

A True Story of Crime, Cops and Corruption in an American City 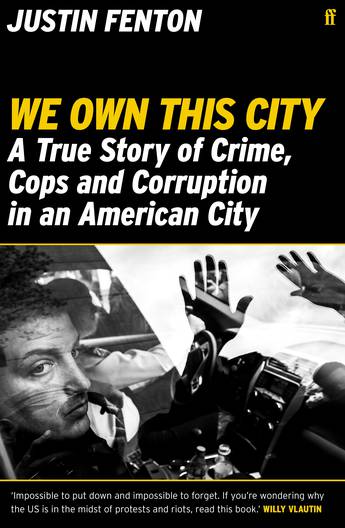 In his debut book, Pulitzer Prize-nominated reporter Justin Fenton adds to the line of classic true crime writing with the story of 'one of the most startling police corruption scandals in a generation' (New York Times).

Baltimore, 2015. Riots were erupting across the city as citizens demanded justice for Freddie Gray, a twenty-five-year-old black man who died in police custody. At the same time, drug and violent crime were once again surging.

For years, Sgt Wayne Jenkins and his team of plain-clothed officers - the Gun Trace Task Force - were the city's lauded and decorated heroes. But all the while they had been skimming from the drug busts they made, pocketing thousands in cash found in private homes and planting fake evidence to throw Internal Affairs off their scent. Because who would believe the dealers, the smugglers or people who had simply been going about their daily business over the word of the city's elite task force?

Now, in light of their spectacular trial of late 2018, and in a work of astounding reportage and painstaking self-discovery, Justin Fenton has pieced together a shocking story of systemic corruption.
More books by this author

A crime reporter for the Baltimore Sun, Justin Fenton was part of the Pulitzer Prize finalist staff recognized for their coverage of the Baltimore riots that followed the death of Freddie Gray. This is his first book.