Shocking cases from the World of Forensic Science 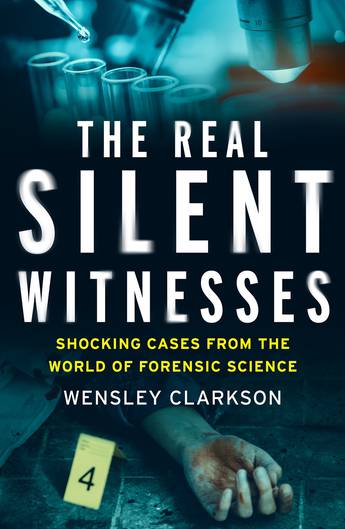 The Real Silent Witness includes testimony and accounts from real criminal forensics experts, the people who have worked on Britain's most notorious and shocking cases.

Going beyond the popular TV show, this is the true story of forensic science from those who solve crimes without witnesses.

How do you identify a serial killer?

What are the tell-tale signs of guilt?

Can we now solve the unsolvable?

Since even before the first season of Silent Witness in 1996, forensic science has played an increasingly important role in the investigation of violent crimes.

With a boom in cold-blooded cases throughout the 1980s, police began to rely on DNA evidence to help them find perpetrators and since then forensic science has taken off as a powerful tool in solving murders. Bestselling true crime author Wensley Clarkson takes us beyond the headlines to examine the real-life stories where forensics have played a crucial role. He speaks to experts who have worked on the most gruesome, most chilling and most shocking crime scenes and explains how notorious criminal cases from across the world were solved.

And he shows how the silent witness is often the one who screams the loudest.
More books by this author

Wensley Clarkson's books have been published across the world and sold more than two million copies. He's also written movie screenplays, TV drama and worked on numerous television documentaries in the UK, US and Spain. He first covered crime as a national newspaper reporter thirty-five years ago and his numerous true-crime books include biographies of notorious criminals in the UK, Spain and US.