The explosive story of corruption, greed and murder in the Australian drug trade 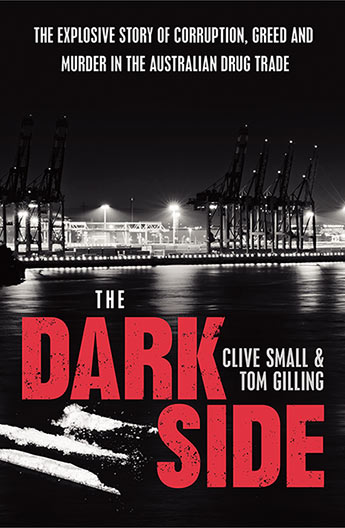 A fierce and compelling expose of organised crime and the role of a senior law enforcement officer in Australia's multi-billion dollar drug trade.

'Each year at least $10 billion is laundered in and through Australia. Much of this money is derived from illicit drugs.'

Hooked on the limitless profits of the drug trade, organised crime has grown so powerful that it now poses a major threat to Australia's national security. Clive Small and Tom Gilling show how Australian crime gangs, in partnership with violent international syndicates, have exploited lax law enforcement and corruption on the nation's waterfront to import narcotics on a vast scale from Europe, Asia, Africa and South America.

The authors reveal for the first time the corrupt history of Mark Standen, the senior investigator at the New South Wales Crime Commission whose conviction on drug importation charges sparked Australia's biggest law-enforcement crisis since the Wood royal commission. In the process they expose the cover-ups, strategic blunders and missed opportunities that continue to make Australia a soft target for international drug traffickers.

The Dark Side is a fierce and compelling expose of organised crime in Australia and Australia's multi-billion-dollar drug trade.
More books by this author

Clive Small is a former detective and Assistant Commissioner of the NSW Police. His investigations included the murder of anti-drugs campaigner Donald Mackay, the Nugan Hand bank, the shooting of police officer Michael Drury, the murder of Cabramatta MP John Newman, and the backpacker murders which led to Ivan Milat being convicted. Tom Gilling's acclaimed novels, The Sooterkin, Miles McGinty and Dreamland have all been published in Australia, as well as in London and New York. His is also co-author of The Bagman: Final confessions of Jack Herbert. Clive and Tom Gilling are the authors of the highly successful Smack Express, Blood Money, and Betrayed.

5. The dreams of Frankie Ballis

7. Vasso Ulic and the Balkan network

11. Mark Standen-a man on the make