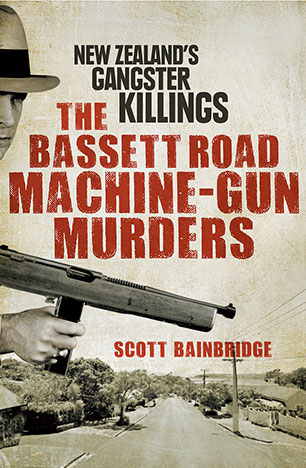 The true story behind the crime that marked New Zealand's end of innocence.

On Saturday morning, 7 December 1963, Eric Lewis called around to his property in Bassett Road, Remuera, Auckland, to collect the rent. He was not prepared for the scene that greeted him when he opened the door: his two tenants, George Walker and Kevin Speight, had been violently murdered days before.

The machine-gun execution of Walker and Speight marked the beginning of a new, more sinister era of crime in New Zealand. The two men convicted of the killings - Ron Jorgensen and John Gillies - became household names. Both the victims and their killers were deeply involved in Auckland's burgeoning criminal scene. But the real story behind the killings has never been told.

Sly-grogging, horse-doping, prostitution, drugs, rival gangs and tough cops - the story has all the hallmarks of a classic crime novel. Only it's all true, and it happened in 1960s Auckland.

Scott Bainbridge is one of New Zealand's best-known true crime writers. He is the author of four books, including Shot in the Dark.