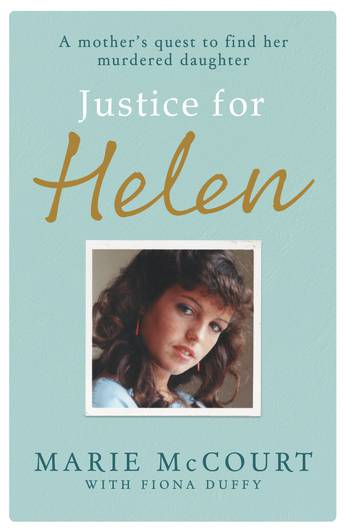 A mother's 31 year quest for the truth.

Burying a child is every parent's nightmare. But Marie McCourt has spent 31 years yearning to do just that.

On February 9th, 1988, her 22-year-old daughter, Helen, left her office in Liverpool city centre, and began her usual commute home. But she was never seen again... Within days, local pub landlord, Ian Simms was identified as her murderer; and despite Helen's body not being found, a mass of incontrovertible DNA and witness evidence at his trial twelve months later resulted in a life sentence.

But Simms has refused to disclose the whereabouts of Helen's body, meaning Marie and her family have never been able to get closure. They've never had a grave at which they can pay their respects.

Marie has fought for the last 30 years to find her daughter's body and to stop other families facing the same horrifying fate, recently winning the Ministry of Justice's approval for "Helen's Law", characterised by the slogan: "No Body No Parole", to be enacted.

This is the incredible story of the crushing devastation of a mother from the loss of her daughter, a callous murderer and the indomitable strength of a woman, who would not be bowed by an outdated law.
More books by this author

Marie McCourt, 76, is a married mother of two from Lincolnshire. Her daughter Helen was murdered in 1988 and she has spent the last 30 years trying to find her daughter's body. Marie's co-writer, journalist Fiona Duffy, has personally supported Marie and her campaign for the last 21 years, during which they formed a deep bond.

Fiona Duffy first heard of Marie's desperate search for her daughter while working as Women's Editor on the Liverpool Echo in 1995 - seven years after Helen's murder. Three years later, working as a commissioning editor on a women's magazine in London, Marie's story landed on her desk to be edited. Over the last 21 years she has worked exceptionally closely with Marie, writing countless stories and supporting her during every step of her fight for justice.