Bring Back Our Girls

The Astonishing Survival and Rescue of Nigeria's Missing Schoolgirls 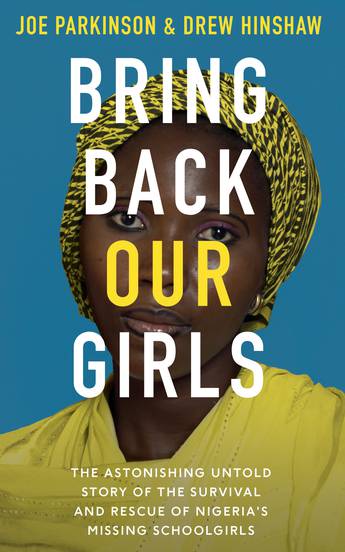 In the spring of 2014, an American rap star unwittingly triggered an online hurricane with the ease of a tweet. Hitting an unprecedented nerve on Twitter, accompanied with the hashtag #BringBackOurGirls, the message called for the release of 276 Nigerian schoolgirls who'd been kidnapped by a little known Islamic terrorist sect called Boko Haram.

Bounty hunters, the manpower of western militaries and special Swiss agents were all deployed but they either met road block after road block or flew home empty-handed. Twitter flitted to the next crisis, leaving the Chibok girls to take survival into their own hands. As the days in captivity dragged into years, they became witnesses, and often victims, of unspeakable brutality that they chronicled in secret diaries. Many of the girls were Christians who refused to take the one easier path offered them - converting to Islam.

A heart-stopping thriller, a riveting narrative history and an incisive cultural analysis, Bring Back Our Girls is the definitive account of a kidnapping and digital campaign that changed our understanding of warfare, terrorism and online activism. With a plot that unfolds on four continents, from the remote forests of northern Nigeria to the White House; from clandestine meetings in
Khartoum safe houses to century-old luxury hotels on picturesque lakes in the Swiss Alps, it is cautionary tale plumbing the promise and peril of an era whose politics are fuelled by the power of hashtag advocacy - and at the centre of which stand some exceptionally brave and resourceful girls.

'Everyone should read the testimonies of the Chibok girls who survived the capture. We need to help with efforts to liberate all of them and become more responsible for women and girls' protection in conflicts' - Malala Yousafazai
More books by this author

Joe Parkinson and Drew Hinshaw are both Wall Street Journal Pulitzer-prize finalists who have covered Nigeria for more than a decade. Their 2017 narrative on the Chibok kidnapping is cited as the definitive account of what happened in Nigeria before and after Twitter moved on, based on unparalleled access to the surviving Chibok girls themselves as well as the players who eventually won their freedom.