A New Science of Consciousness 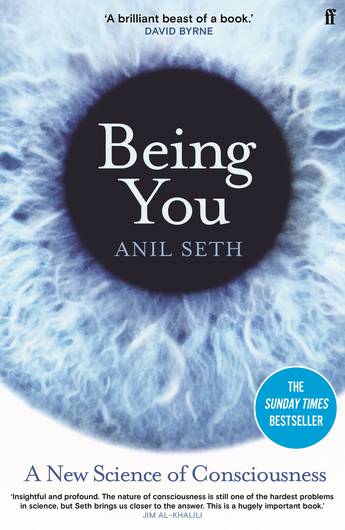 Anil Seth's radical new theory of consciousness challenges our understanding of perception and reality, doing for brain science what Dawkins did for evolutionary biology.

Consciousness is the great unsolved mystery in our scientific understanding of the brain. Somewhere, somehow, inscribed in the brain is everything that makes you you. But how do we grasp what happens in the brain to turn mere electrical impulses into the vast range of perceptions, thoughts and emotions we feel from moment to moment?

Anil Seth, one of Britain's leading neuroscientists, charts the developments in our understanding of consciousness, revealing radical interdisciplinary breakthroughs that must transform the way we think about the self. Drawing on his original research and collaborations with cognitive scientists, neuroscientists, psychiatrists, brain imagers, virtual reality wizards, mathematicians and philosophers, he puts forward an exhilarating new theory about how we experience the world that should encourage us to view ourselves as less apart from and more a part of the rest of nature. Seth's revolutionary framework for consciousness will turn what you thought you knew about yourself on its head.

'A brilliant beast of a book. A wide ranging synthesis- pulling together disparate stands- from philosophy, science, literature and personal experience.. Seth proposes to explain not just what and how we are, but probably provocative for some folks, why we are the way we are. Why do we have the feeling of continually being the same person? (when obviously I, at least, am not) Why do we have this feeling of being self aware? What is it for? Hugely inspirational.' - DAVID BYRNE

Anil Seth is a leading British researcher in the field of consciousness science. He is Professor of Cognitive and Computational Neuroscience and Co-Director of the Sackler Centre for Consciousness Science at the University of Sussex. He writes regularly forNew Scientist,Guardianand the BBC, and has been interviewed on Radio 4'sThe Life Scientific. His TED talk on consciousness has been viewed nearly 8 million times; he is currently a Wellcome Trust Engagement Fellow and he tweets at @anilkseth.

What Does Rain Smell Like? Simon King, Clare Nasir
Back to top