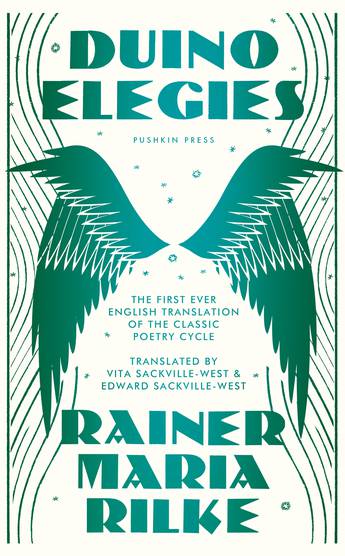 'The deepest mysteries of existence embodied in the most delicate and precise images. For me, the greatest poetry of the 20th century' - Philip Pullman

In 1931, Virginia and Leonard Woolf's Hogarth Press published a small run of a beautiful edition of Rainer Maria Rilke's Duino Elegies, in English translation by the writers Vita and Edward Sackville-West. This marked the English debut of Rilke's masterpiece, which would eventually be rendered in English over 20 times, influencing countless poets, musicians and artists across the English-speaking world.

Published for the first time in 90 years, the Sackville-Wests' translation is both a fascinating historical document and a magnificent blank-verse rendering of Rilke's poetry cycle. Featuring a new introduction from critic Lesley Chamberlain, this reissue casts one of European literature's great masterpieces in fresh light.
More books by this author

Rainer Maria Rilke (1875-1926) is considered one of the greatest German-language writers to have ever lived. He is best known for his Duino Elegies, Sonnets to Orpheus, and The Notebooks of Malte Laurids Brigge.

Vita Sackville-West (1892-1962) was an English novelist, poet and garden designer. Born to an aristocratic family in the Kent countryside, she became a prolific and successful author, publishing many novels and a dozen volumes of poetry.

Edward Sackville-West (1901-65) was an English novelist and music critic who, in his later years, became a member of the House of Lords. He wrote several well-received novels and biographies and won the James Tait Black Memorial Prize for his book on Thomas de Quincey.

When My Brother Was an Aztec Natalie Diaz

I Wish I Knew Donna Ashworth