The Definitive Story Behind the Film 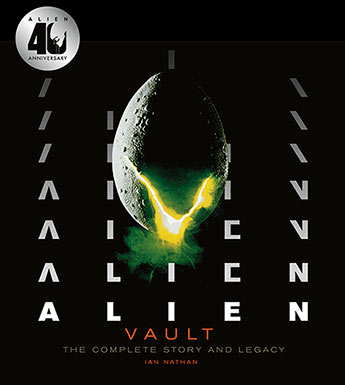 Alien Vault is the ultimate tribute to a film that changed cinema forever.

Alien Vault opens a portal into the making of the legendary film Alien, tracing its path from embryonic concept to fully fledged box office phenomenon. Previously published in 2011, the new edition includes an additional chapter tracing the path of Ridley Scott's return to the Alien saga with Prometheus and Alien: Covenant. For 40 years, audiences have been simultaneously captivated and appalled as the spaceship Nostromo is invaded and its crew stalked by a terrifying parasitic creature. From the gore of the infant alien bursting from Kane's chest to the mounting claustrophobia as Ripley discovers the monster has followed her into the escape shuttle, Alien is a chilling masterpiece. Featured herein are:

Director Ridley Scott's own annotated storyboards, Polaroids, and script pages
The elegant but disturbing concept artwork of H.R. Giger
Sketches and construction blueprints for the Nostromo
Costume designs by Moebius
A treasure trove of never-before-seen photographs of the cast and crew
10 meticulously reproduced artifacts-such as replications of storyboards, a detailed schematic of the Nostromo, early designs of O'Bannons facehugger concept, and a promotional poster from Japan-enclosed in envelopes, for readers to remove and examine more closely

Fully authorized and illustrated throughout, the updated Alien Vault is the ultimate tribute to a film that changed cinema forever.
More books by this author

Ian Nathan, who lives and works in London, is one of the UK's best-known film writers. He is the author of ten books, including Alien Vault, the best-selling history of Ridley Scott's masterpiece; Terminator Vault; Tim Burton: The Iconic Filmmaker, and His Work; and Anything You Can Imagine: Peter Jackson and the Making of Middle-earth. He is the former editor and executive editor of Empire, still the world's biggest movie magazine, where he remains a contributing editor.