1001 Movies You Must See Before You Die 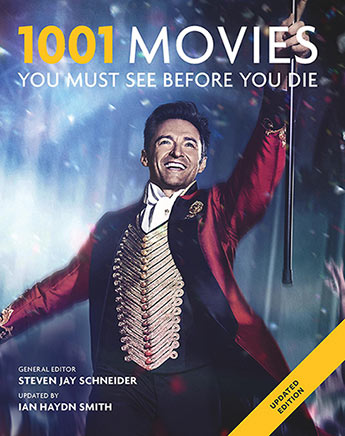 The definitive film guide, this fully updated volume brings together the most significant movies from every country and all genres.

With more than one and a half million copies sold worldwide in thirty languages, 1001 Movies You Must See Before You Die celebrates the great and groundbreaking, classic and cult, must-see movies of all time, offering a treasure trove of incisive, witty, and revealing insights. Spanning more than a century of extraordinary cinema, this comprehensive volume brings together the most significant movies from every country and all genres, from action to Western, through animation, comedy, documentary, musical, thriller, noir, short, romance, and sci-fi.

Completely revised and updated this definitive edition features a fresh new design, 500 original movie posters, and 200 new movie stills. Fifty previously overlooked or recently discovered masterpieces are reviewed for the first time, taking their place alongside the box-office smashes and critically acclaimed films of movie history. Quotes from movie directors and critics, together with little-known facts complement the incisive reviews and vital statistics of each movie to make this the most fact-filled edition ever. So, whether your passion is rom-com or art house, The Blue Angel or Blue Velvet, 1001 Movies You Must See Before You Die is bound to become the only film book you will ever turn to.
More books by this author More books in this series

General Editor Steven Jay Schneider, one the true connoisseurs of movie horror, has written, talked, taught and published extensively on all aspects of film, from aesthetics and psychoanalysis to the joys of the slasher flick. Here he has brought together more than 50 of the finest writers, reviewers, critics, professors, aficionados, and filmakers from around the globe. From Le Monde's Jean-Michel Frondon in Paris to Undercurrent's Chris Fujiwara in Tokyo, the team comprises the best that film writing has to offer. It includes contributors to Empire, Sight & Sound, Time Out, Rolling Stone, the New York Times, Total Film, International film Guide, LA Weekly, CineAction, Film Quarterly, NME, The Washington Post, Filmmaker, Moviemaker and many more.