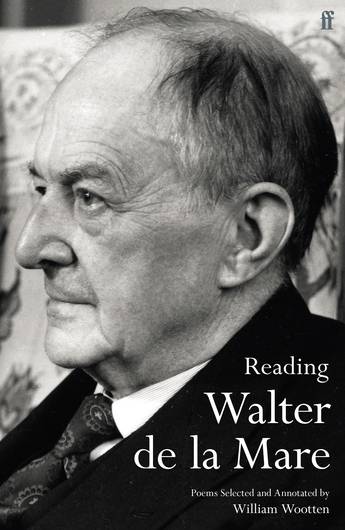 Walter de la Mare (1873-1956) was one of the best-loved English poets of the twentieth century, his verse admired by contemporaries including Thomas Hardy, Robert Frost, W. H. Auden and T. S. Eliot. This volume presents a new selection of de la Mare's finest poems, including perennial favourites such as 'Napoleon', 'Fare Well' and 'The Listeners', for a twenty-first-century audience. The poems are accompanied by commentaries by William Wootten, which build up a portrait of de la Mare's life, loves and friendships with the likes of Hardy, Rupert Brooke, Edward Thomas and Katherine Mansfield. They also point out the fascinating references to literature, folklore and the natural world that embroider the verse.
More books by this author

Walter de la Mare (1873-1956) was born in Charlton, Kent. The Listeners (1912) and the children's volume Peacock Pie (1913) established him as one of the foremost poets of his time. De la Mare also published novels, short stories, children's books, literary criticism and a series of celebrated anthologies.

William Wootten is a poet, critic and journalist. He lectures at the University of Bristol.