50 great writers and their celebrated works 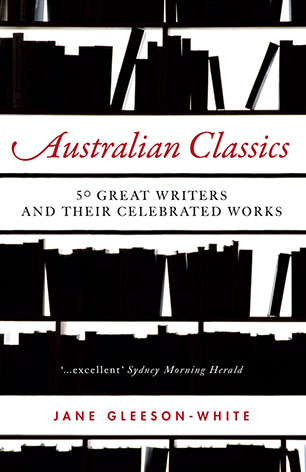 Reintroduces 50 classics of Australian literature - including novels, non-fiction, children's literature and poetry - from the last 200 years.

What are the classic works of Australian literature? And what can they tell us about ourselves and the land we live in? Providing a selected overview of Australia's greatest literature, Australian Classics is an accessible companion to our literature and a story of writing in Australia from the nineteenth century to the present.

Australian Classics celebrates many of the country's beloved novels, poems, short stories, children's books and seminal works of non-fiction. It also contains contributions on their favourite Australian books from many distinguished writers and readers, including Helen Garner, Les Murray and Tim Winton.

Australian Classics is an impassioned and inspiring feast of the great writing that makes exalted readers of us all and a testament to the wide-ranging and remarkable literature of this continent.
More books by this author

Jane Gleeson-White is the author of Double Entry: How the merchants of Venice shaped the modern world - and how their invention could make or break the planet (2011), which won the 2012 Waverly Library Award for Literature and was shortlisted for the 2013 NSW Premier's Literary Awards, The Age Book of the Year Award and the Queensland Literary Awards. She is also the author of Australian Classics (2007) and Classics (2005). Jane is a PhD student in creative writing at the University of New South Wales and has degrees in economics and literature from the University of Sydney and was an intern at the Peggy Guggenheim Collection in Venice. She blogs at bookishgirl.com.au.